S.T.N.D. was an impulsive creation I decided to make one Friday. I had it done in about 2 weeks, mainly because I had to wait for things to ship to me. This project arose from the lack of launches my rocket team seemed to do. No fault to the team, we had multiple occasions where the weather was rough and it isn’t easy to schedule launches when you are located near an airport. While S.T.N.D. is technically a test stand, I really made it to watch some fire.

The electronics for S.T.N.D. are pretty trivial for now — just a load cell and an Arduino. Eventually, I’d like to add some kind of make-break sensor to get some speed measurements, although adding a ruler to the side and watching it in slow motion would accomplish the same goal.

S.T.N.D. is truly a mechanical contraption rather than an electrical one. The goal of the project was to make everything easily replaceable, cheap, and as modular as possible. All parts are made of either 6061 aluminum or steel for longevity, with the parts exposed to the motor’s burn being made of wood or acrylic for easy and cheap replacement. The motion of the sled is comprised of 3D printer 8mm rod and linear bearings — cheap and easy to find online. All hardware is M5, easy to find and standardized.

Modularity:
– No bounds on length of guide rod
– All hardware removable with allen wrenches / phillips screwdriver

As I already mentioned, S.T.N.D. is capable of load cell measurements, but I really made it just to shoot off some rockets in a safe manner. To operate S.T.N.D., the motor is loaded into the two octagonal brackets with 4 screws clamping down. The upper sled is removable with only two wing nuts for easy accessibility to the underside screws. Once the motor is clamped down, the upper sled can be reattached to the lower sled. The motor can have an igniter loaded and it is good to go. 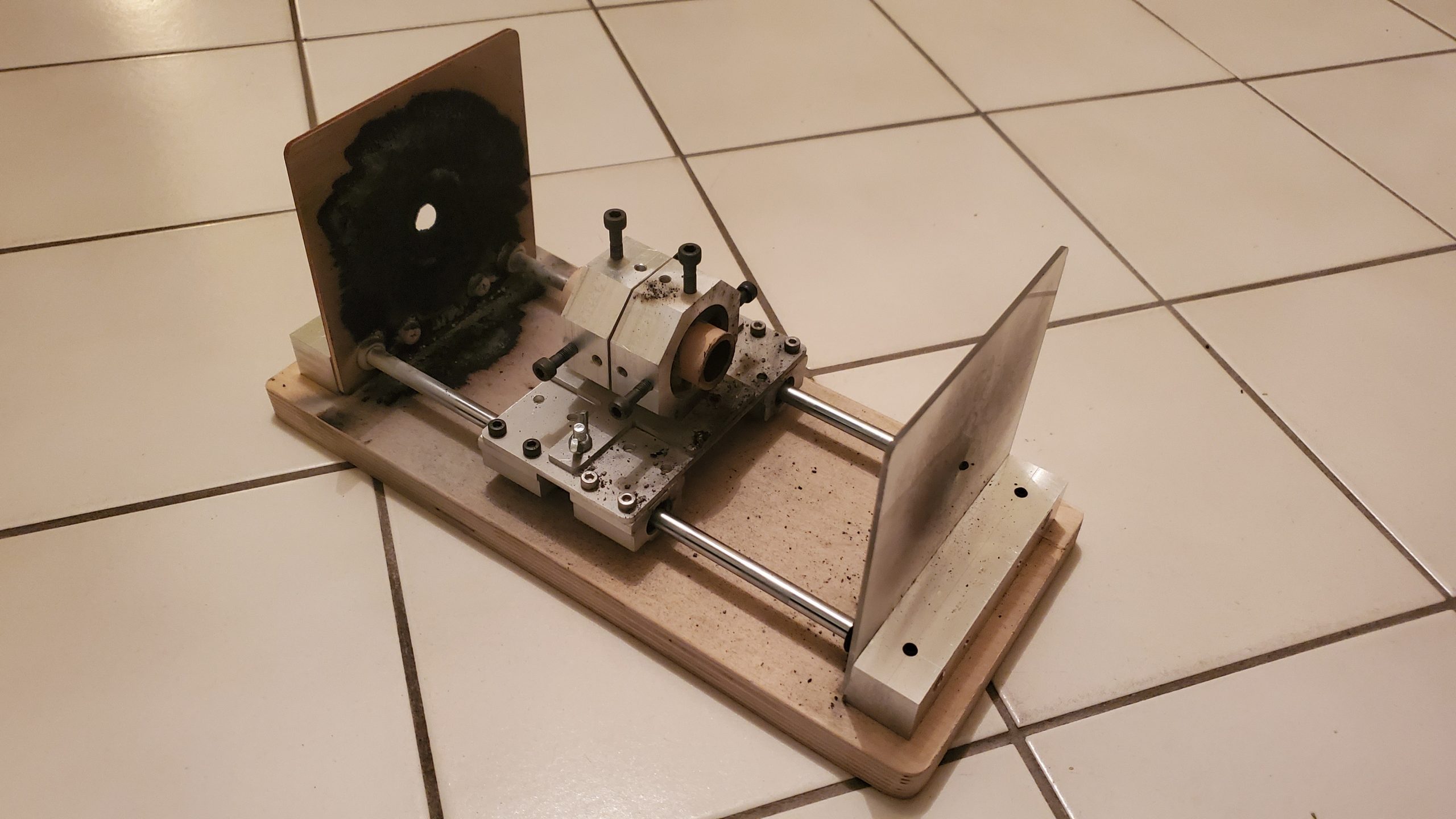