N.E.B.U.L.A. was the flight computer developed for Water Bearer–RIT Launch Initiative’s rocket for the June 2019 IREC competition in New Mexico. This board (and all other PCBs of mine) was designed using CircuitMaker. CircuitMaker is a PCB design software developed by Altium and is aimed for open-source designers. This board records all relevant metrics of a rocket’s flight (altitude, acceleration, pitch, roll, yaw, and location) to a MicroSD card as well as transmits the data back to the ground.

N.E.B.U.L.A. is measures altitude, acceleration, pitch, roll, yaw, magnetic fields, and GPS location with the ability to send this data over radio as well as save to an onboard MicroSD card. This flight computer features the MS5607 altimeter with a max measurable altitude of 120,000 feet, one high-g accelerometer (ADXL377), and a low-g accelerometer in a 9 Degree of Freedom IMU (MPU9250). For GPS tracking, the flight computer communicates over UART with the SparkFun Venus GPS Module and an external antenna. Also using UART is the XBee Pro SX 900MHz transceiver, with a maximum LOS range of 60 miles (according to the datasheet). N.E.B.U.LA. has four MOSFET deployment channels capable as well as two PWM outputs for servo operation (with the ability to use the regulated 5V output included in the board).

N.E.B.U.L.A. is really a two-part system consisting of a flight computer and a receiver, but due to the simplicity of the receiver, I tend to overlook this board. This board simply is a means to hold the receiver XBee and a Teensy so the data can be read by a PC over USB. The receiver does have four buttons and LEDs which were originally for sending a message for testing the two-way communication of the XBee, but ultimately the LEDs were only used to show data was incoming to the receiver.

As you can clearly see by the state of N.E.B.U.L.A. in one of the pictures, the board met a catastrophic and fiery demise. At the 2019 IREC Competition, RIT Launch Initiative’s rocket CATO’d. Specific details are not to be named, but I can confirm the CATO was an unplanned disassembly of the rocket at takeoff, and a large metal plate crushed the avionics section of the rocket. This was already a pretty rough hit for N.E.B.U.L.A., but pales in comparison to the lithium battery fire started in the carbon fiber transition piece where the avionics were held. In this transition piece was also a 30,000mAh USB battery pack used to charge four GoPro cameras in the rocket. We suspect this battery was punctured sometime during the rocket’s demise and started an intense fire in the avionics bay, setting almost everything on fire. The second-to-last picture is the LiPo battery post-fire and the gross mess of wires were the battery-pack’s PCB as well as the USB cables going to the GoPro before the incident. The last picture is just a small taste of the forces the rocket experienced during the incident (that was a straight 3/8″ steel threaded rod). If you would like to see N.E.B.U.L.A.’s future, feel free to look at S.I.R.I.U.S. 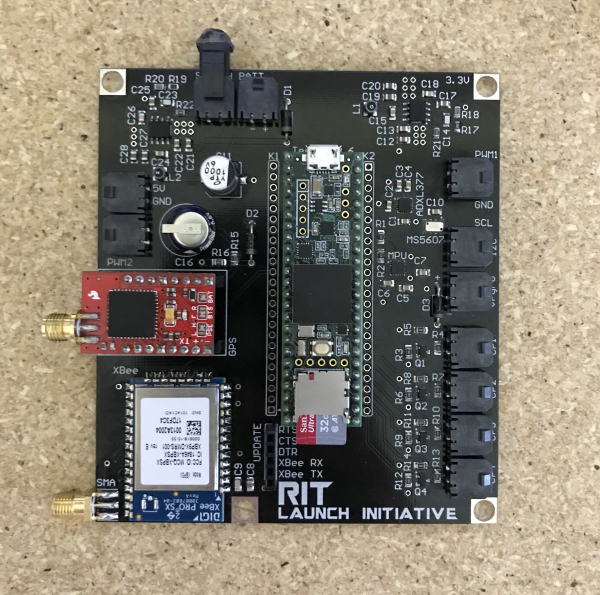 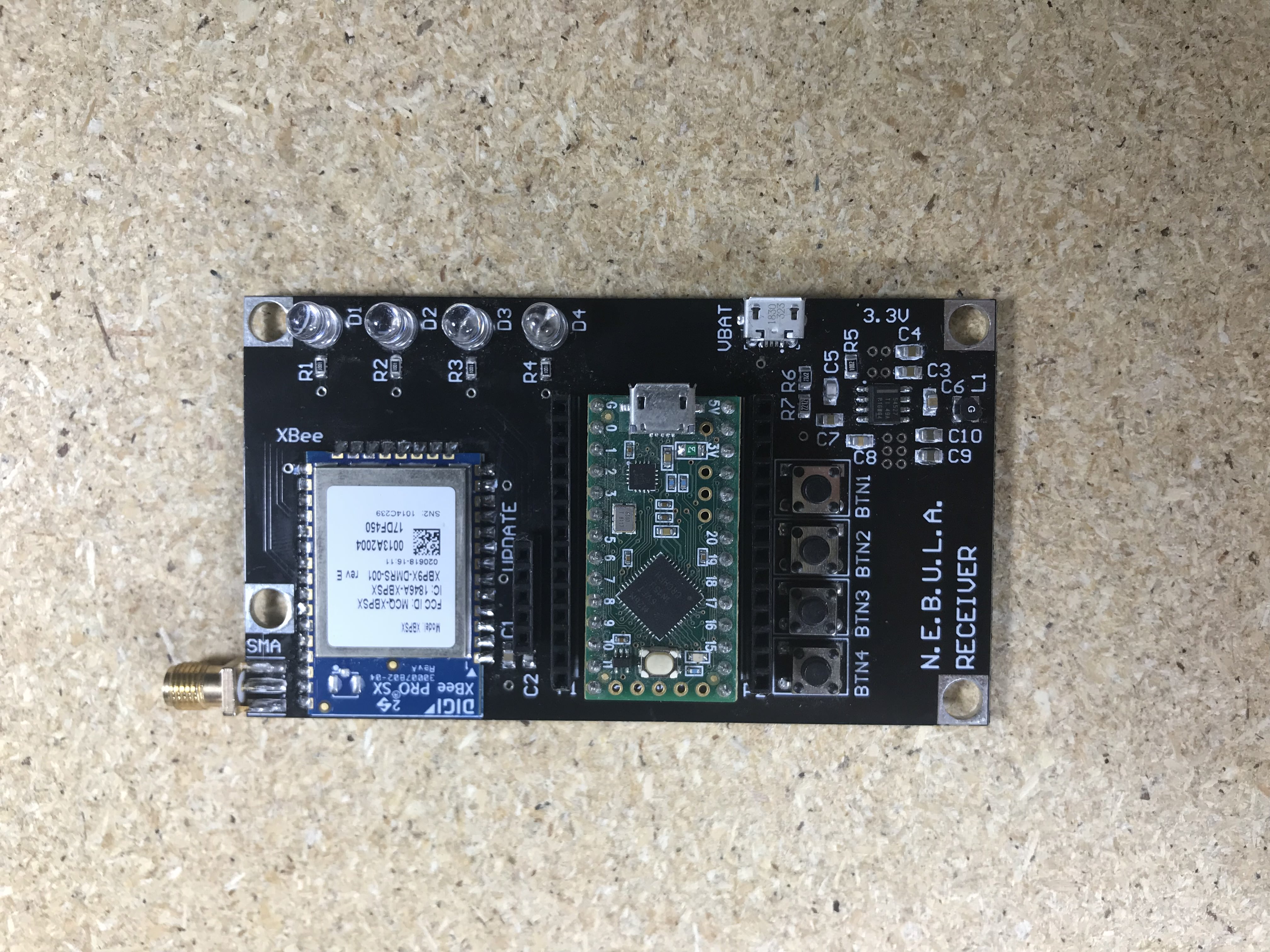 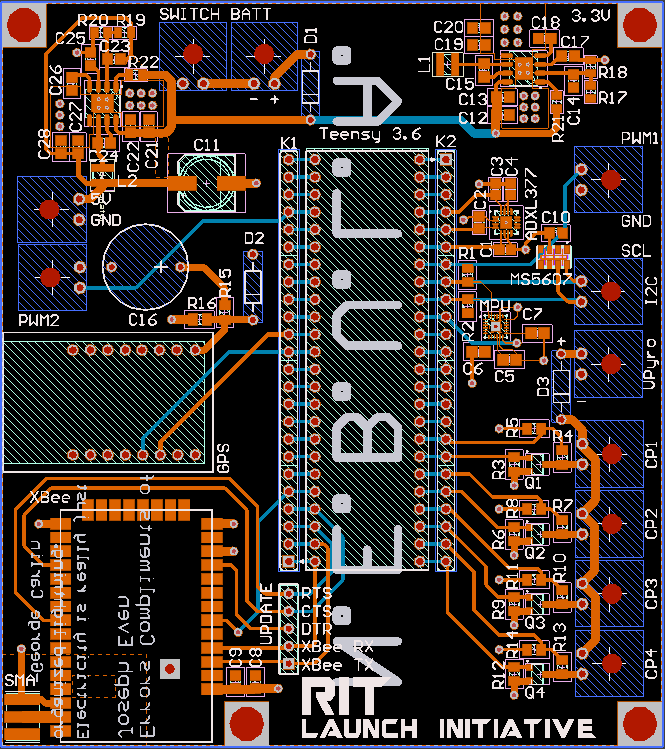 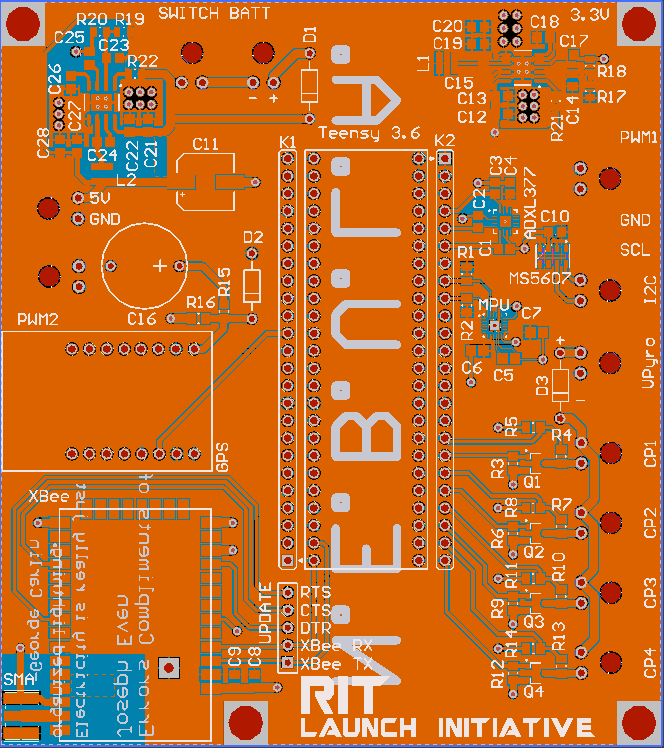 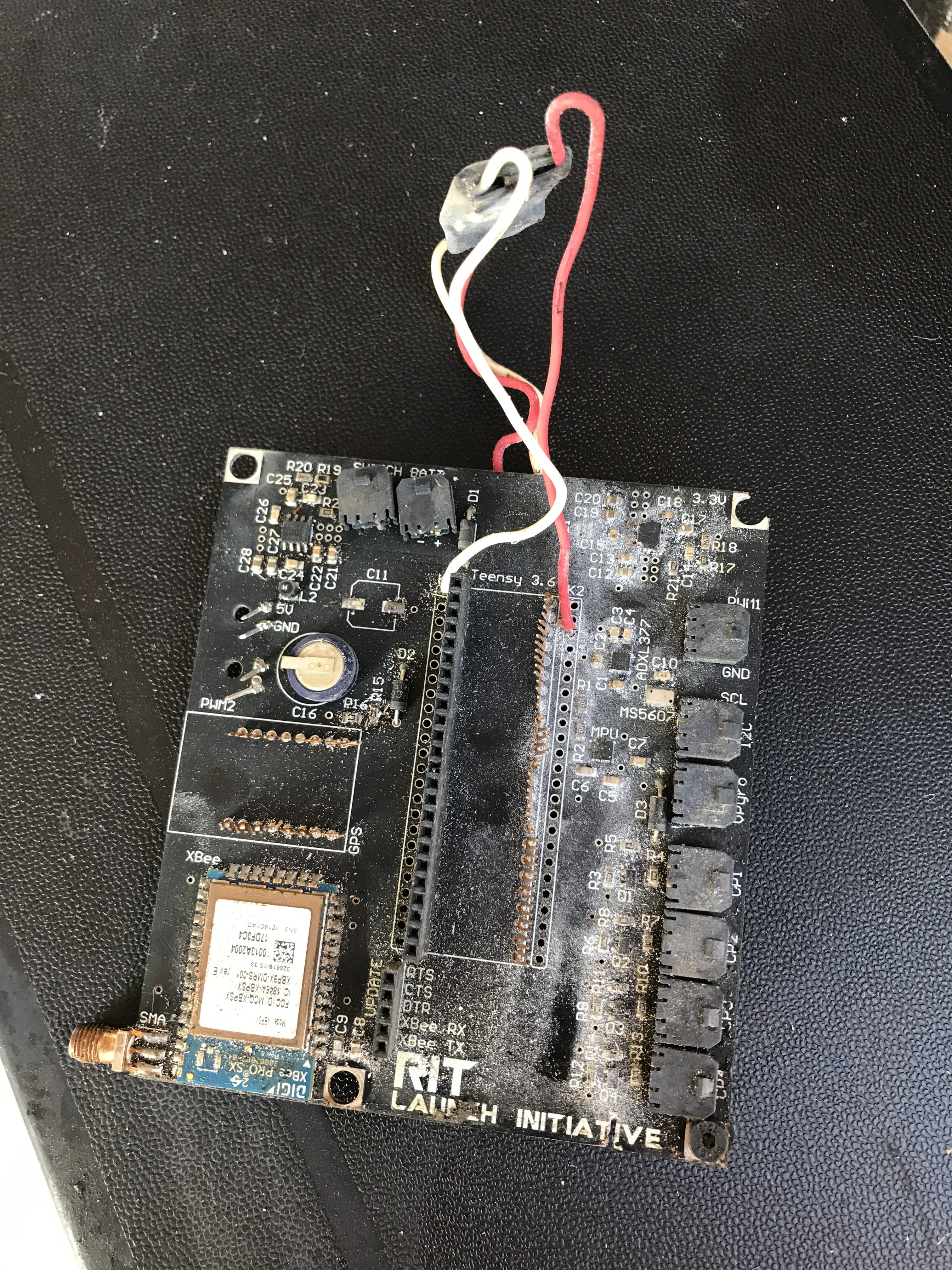 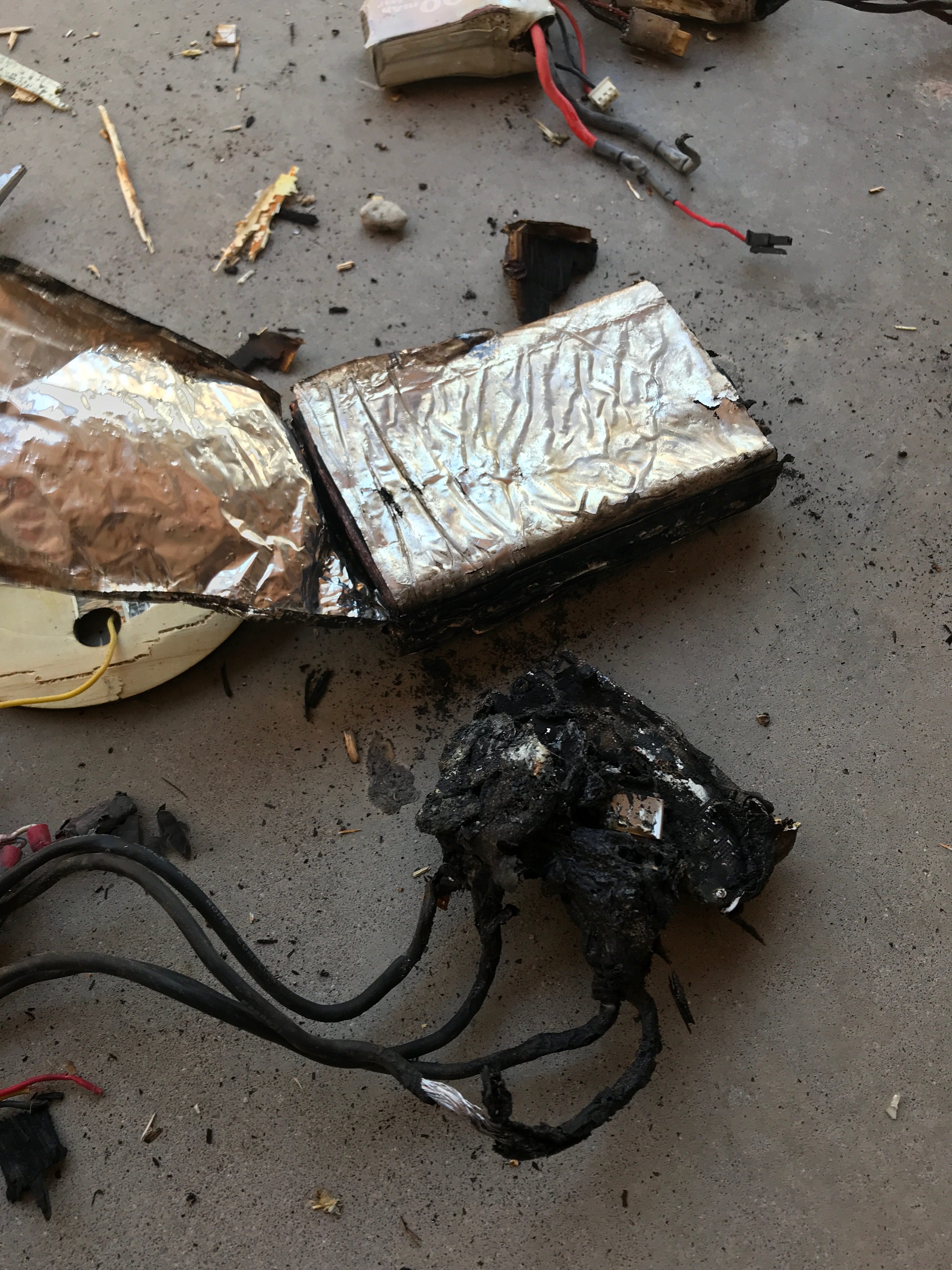 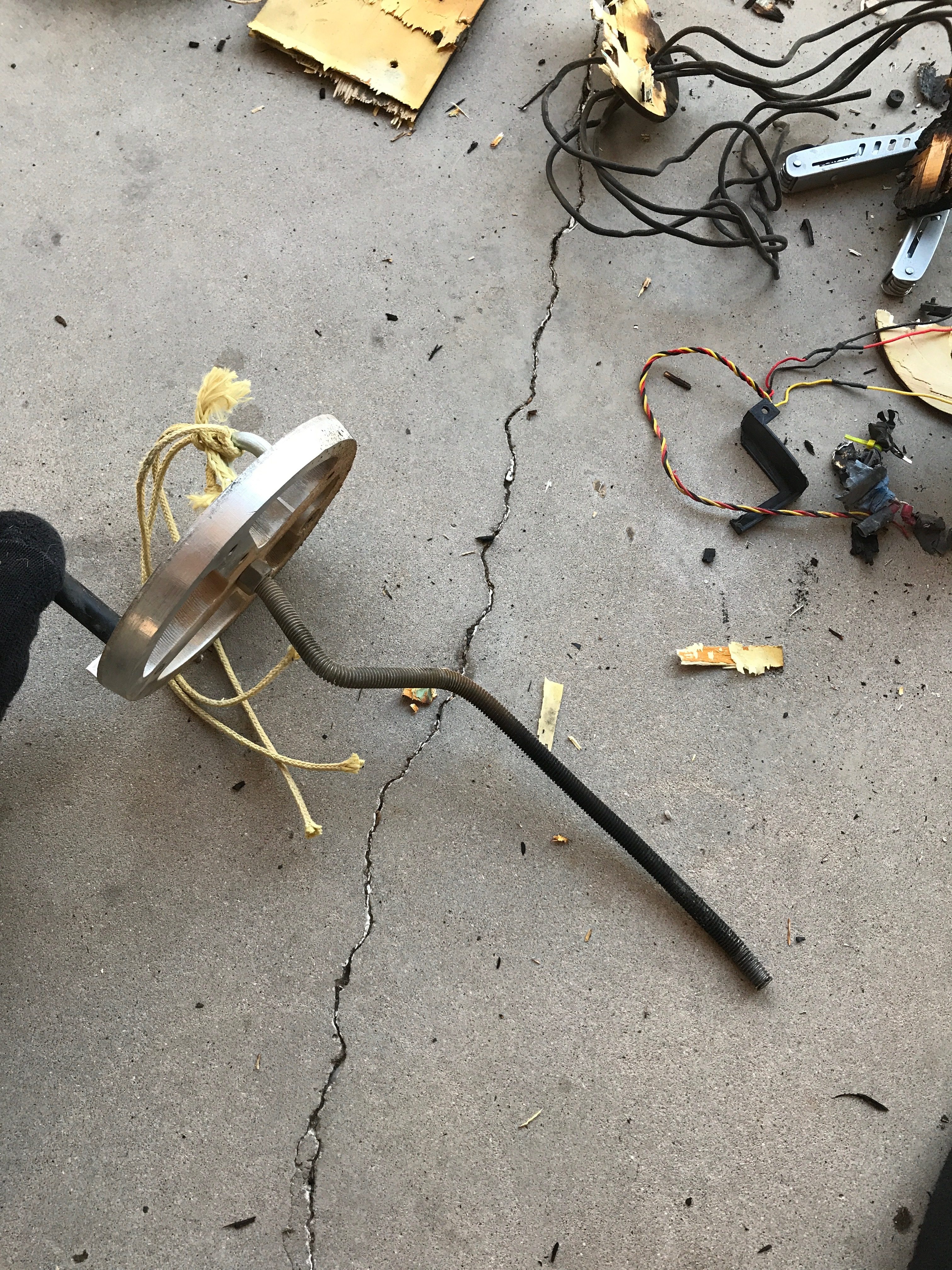