This board will feature power multiplexing, localized GPS, localized altimetry, and data presentation over WiFi. While S.I.R.I.U.S. is the next revision of N.E.B.U.L.A., T.R.A.Q. is far more than a mere upgrade to the N.E.B.U.L.A. receiver. T.R.A.Q. is intended to be a fully-featured and robust tracking system / receiver for S.I.R.I.U.S. or any flight computer with an XBee Transceiver.

T.R.A.Q. is designed to function as both a ground station as well as a portable utility for wireless data acquisition and logging for the rocket’s flight as well as a tool for rocket recovery. The receiver has a variety of features to ease the pain in finding one’s rocket after flight. To receive the data from the rocket, the receiver uses an XBee 900Mhz module. The board has an external SMA connector so a significant antenna can be attached for better reception. Once this data is acquired by the XBee, it is transferred over UART to the microcontroller on-board, the Teensy 4.0. This is the newest rendition of the Teensy with a remarkably faster clock speed than its predecessors. The microcontroller will parse the data accordingly for later manipulation. In order to display the data acquired from the rocket, T.R.A.Q. is designed to mesh with a standard 20×4 LCD screen over I2C. The mounting holes on T.R.A.Q. align with the mounting holes of the LCD screen, and the I2C of the LCD aligns with a set of female headers to interface with T.R.A.Q. Using buttons on the top of the receiver, the user can toggle between different menus on the LCD, displaying different data. A more sophisticated method of data display is the on-board ESP8266 Wifi Module. This module will act as a soft access-point hosting a web page with relevant flight data (See Figure). To store the acquired data, T.R.A.Q. has an on-board MicroSD slot.

The aforementioned attributes of the receiver take care of the data acquisition portion of the system, but really the most important part of the system is rocket recovery. A rocket is only valuable if you can get it back, right?
In order to aid in recovery, T.R.A.Q. has its own on-board GPS module, allowing the user to know his own location. Using the user’s location in conjunction with the location of the rocket being acquired over XBee, one should be able to get to the rocket. Though not necessarily relevant, an altimeter is also included on T.R.A.Q. so one can determine his own altitude relative to the rocket’s.

One additional feature on T.R.A.Q. is a power MUX used for redundant power supplies. Ideally, while the rocket is in flight, the user is sitting at the stationary ground station with T.R.A.Q. being used as an accessory, sending data over USB. At this time, the primary USB would be connected to the ground station for power, with an unused battery being connected to the secondary power. When it is time to recover, the user disconnects the PC USB, and power switches to the secondary USB–a USB battery pack. Now, the user can choose to only use the secondary input, or can plug in another primary input to have redundant power. 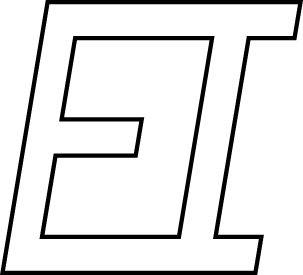